The H-Production championship within the SCCA has a long and storied history dating back to its first champion, Howard Hanna in 1958, driving an 850cc DB Panard.  Since those early days, H-Production has been a class for small displacement production-based cars including the well-known Austin Healy Sprite, Triumph Spitfire, MG Midget and more…

Over the last 63 years, the class has developed and evolved adding many more modern cars, including production cars from VW, Honda, Toyota and others.  With the “Little British Cars” holding down the history and continuing to be competitive, the newer more modern cars have brought the class forward into the 21st century.  With a performance based model, H-Production continues keep the action hot on circuits all around North America.

As we move into the 2021 racing season, the Ignition Speed Festival is proud to support the inaugural H-Production Nationwide Championship (#HPNC).  The championship is designed to continue to drive interest in these small-bore production-based race cars.  Further, the members of this #HPNC serve as great resources for information to locate class eligible cars and help drivers bring cars from garages & barns back to the race track.

Competition, camaraderie & fun is the mission of the Ignition Speed Festival H-Production Nationwide Championship.  Points will be awarded for wins, pole position, new lap records, number of cars beaten in class.  With bonus points being awarded for new car “rookie” builds in 2021 as well as the “moth ball” bonus for bringing a car, that has been sitting for more than 5 years, back from the depths of the garage or barn.

The #HPNC is a group of passionate racers looking to continue to grow the HP class and help newcomers join the fun for years to come.

Whether you are a seasoned veteran or a newly licensed racer, the #HPNC is here for you!  Bring out your Midget, Sprite, VW or Honda and come see what H-Production has to offer!

With support from Goodyear, Hoosier Racing Tire, Redline, Protech, Liquimoly and others, the #HPNC has several contingency programs to keep the racing exciting in 2021!

Keep up to date with the lates information and join the discussion on the SCCA H-Production Racers Facebook Page.

NOTE: This is IN ADDITION to the normal SCCA points system and is meant to be fun while increasing camaraderie and competition at the same time – it does not replace or undermine the Regional, Divisional or Super Tour points championships in any way

Get your H-Production merchandise. There is a selection of shirts, hoodies, and hats available. 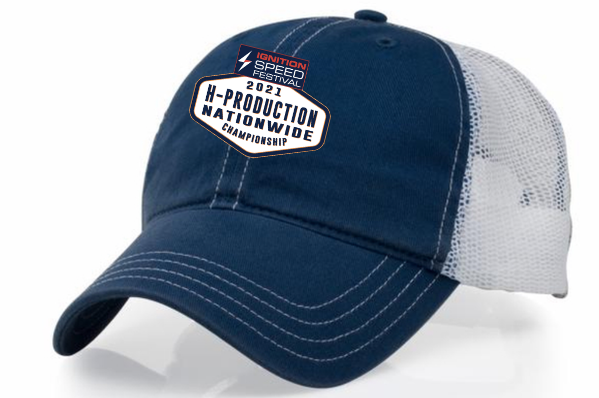